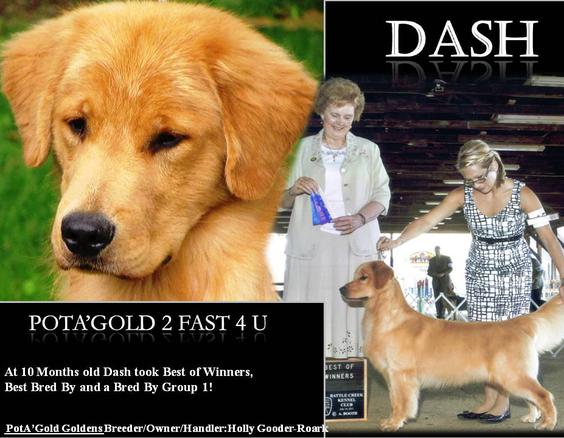 Maebe
CH PotA' Gold Maebe's Faster Than U Think
AM GCH  CH/CAN Ganyways SUV x CH PotA'Gold City Girl
Maebe is owned by Erica Angoli and co-owned by me Holly Gooder-Roark. In the short time Maebe has been shown as a puppy by Erika she has picked up her UKC Champion tiltle and has also picked up a Reserve from the puppy class in the AKC shows. Couldn't be more proud of Erika and Maebe!! Maebe was shown at the 2011 Golden Retriever National by Renee Beutler- Ross and won her 12-18 class out of 50!! Maebe became a Champion in May 2013. 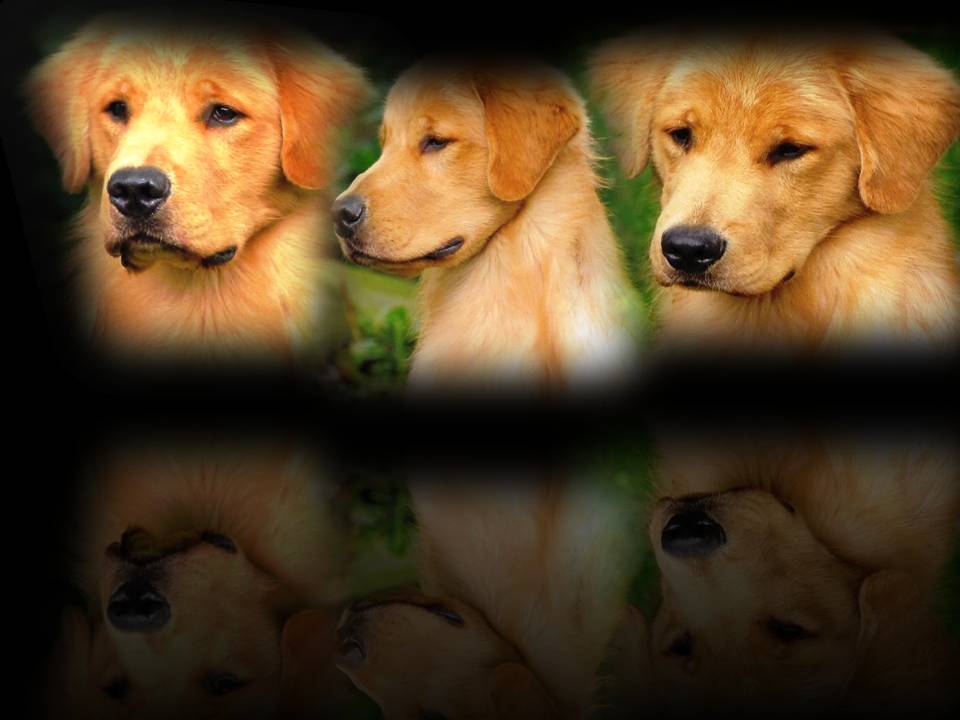 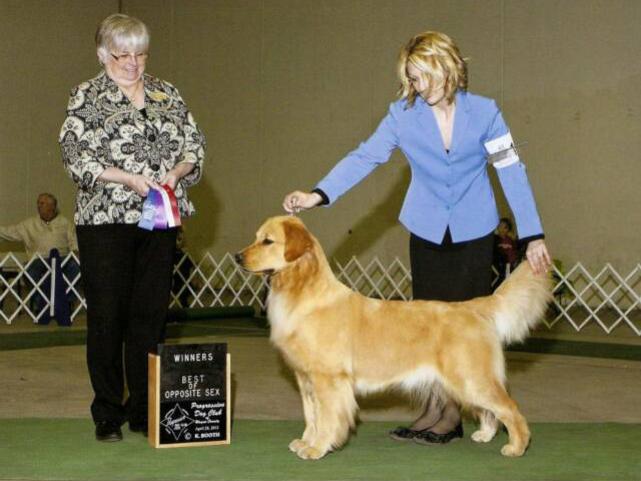 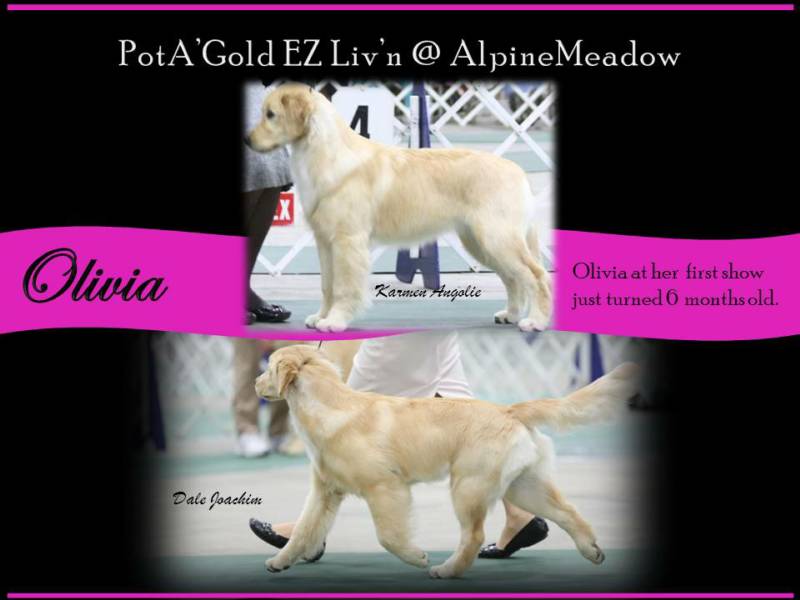 Olivia
PotA'Gold EZ Liv'n @ AlpineMeadow
AmGCH Am/CanCH St Andrew's Touring Da USA BISS x U/Am CH PotA'Gold Maebe's Faster Than U Think
We are very excited about Olivia, she is a very pretty girl.  So far Olivia has been awarded Winners Bitch for 2pts, a couple Reserve Winners and a Best Puppy  Puppy Group 1 all from 6-9 puppy class!!   We look forward to see what her future brings! 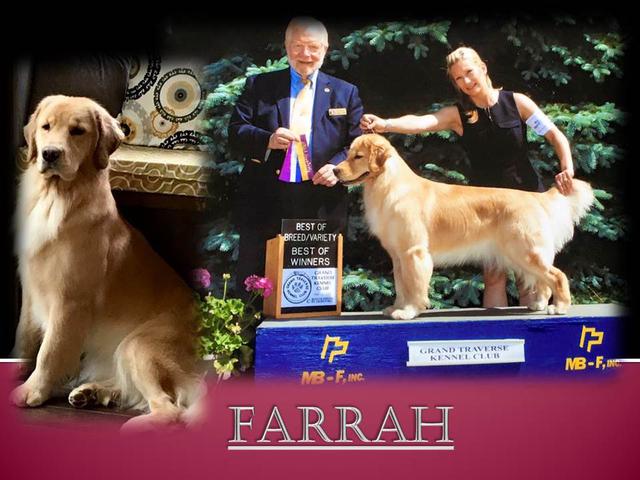 Farrah
Harborview AlpnMdw's Charlie's [email protected]
GCH Harborview Under Construction x Harborview Lipstick Lies
We are very thankful to Jennifer Craig for allowing us to own Farrah.  With limited showing Farrah has picked up several points and has been awarded Best of Breed and a Group 3 from the open class.  She is such a fun loving sweet girl.  We are very excited about her future! 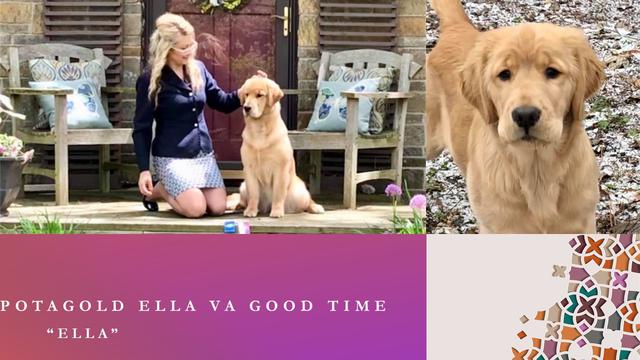 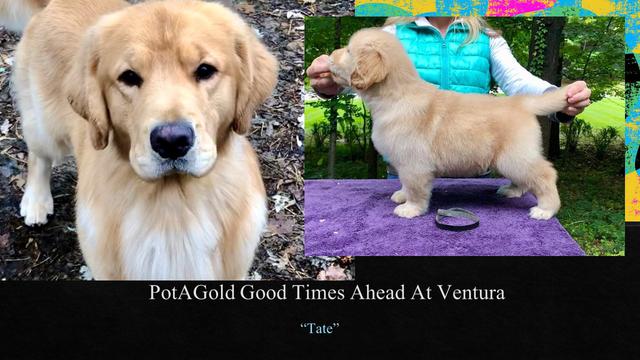